Immediately after its release on the website of National Geographic (and in the magazine), the image ‘The Human Cost of COVID-19’ went viral. Within 20 hours, the image reached one million likes and thousands of people reacted in the comments, including comments on the Facebook and Instagram pages of its creator photojournalist Joshua Irwandi.

VIRAL started as a photography project about the heroism of doctors and nurses fighting the COVID-19 pandemic in Indonesia, but soon unfolded itself around this one iconic photograph.

Too often images serve as an illustration in a journalistic publication, it seldom happens that one image carries a whole narrative by itself and defines the human tragedy of what dominates world-news (the global COVID-pandemic).

“Sometimes, reality is something very difficult to deal with”

Read more about the project. 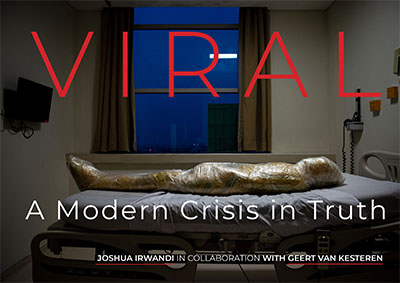 Photographer Joshua Irwandi recounts the making and impact of his image ‘Viral’. 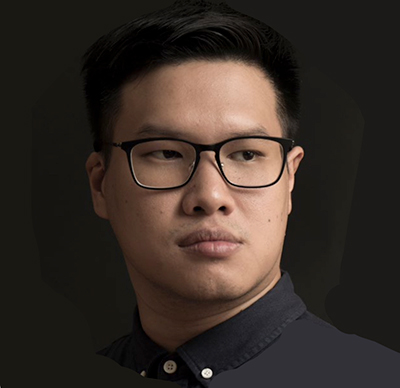 Joshua Irwandi
Joshua Irwandi (Jakarta, b. 1991) is an Indonesian photographer based in Jakarta, Indonesia, whose work has appeared in National Geographic, The Times of London, and The Guardian.

After having received education in Canada and the United Kingdom, right after graduation in 2015 Irwandi spent a year as museum staff at the Asmat Museum of Culture and Progress in Agats, West Papua.

While documenting the change of landscape in Asmat, he encounters first hand the Asmat people, some of the greatest storytellers of all time.His work on COVID-19 appeared as a leading image in National Geographic and was awarded a National Geographic COVID-19 Emergency Fund Grant and the Forhanna Grant for Young Talent.

Irwandi has a MA in Photojournalism and Documentary Photography from the University of Arts in London and a BA in English literature.

Joshua Irwandi's iconic representation of the COVID-19 pandemic with his VIRAL image was directly awarded in 2021.

‘The human cost of COVID-19’ won the  prize in the General News Singles Category. Once published Irwandi came under scrutiny from the Indonesian government and COVID-19 deniers.

Irwandi is one of ten selected photographers for the VII Photo Agency Mentorship.

Forhanna supported photographer Joshua Irwandi with a grant and enabled him to produce his project VIRAL with the help of his sparring partner and project leader Geert van Kesteren, a Dutch veteran war-photographer and filmer.
Forhanna initiated and supported the first exhibition of Irwandi’s work at BredaPhoto that showcased the iconic, widely shared, and discussed photograph of the corona pandemic to challenge the viewer to be engaged in the strong emotions that this image provokes and to be part of the discussion.

Geert van Kesteren made an exclusive interview and video with Joshua Irwandi in which he reacts to his controversial and much-discussed image. The video was presented at BredaPhoto and provides content and background information to the VIRAL project.