Dedicated to the loving memory of our founding father – Dutch photographer Willem Poelstra – Forhanna is proud to announce ‘The Willem Poelstra Lecture’ to be held annually.

Each year, around the anniversary of Willem’s death, we will invite a high-profile speaker from the documentary photography practice. The lecture is dedicated to Willem Poelstra’s legacy.

The aim of the lecture is to invite a person who fits in with Willem’s working ethos: makers who are deeply involved in their own in-depth photography projects. 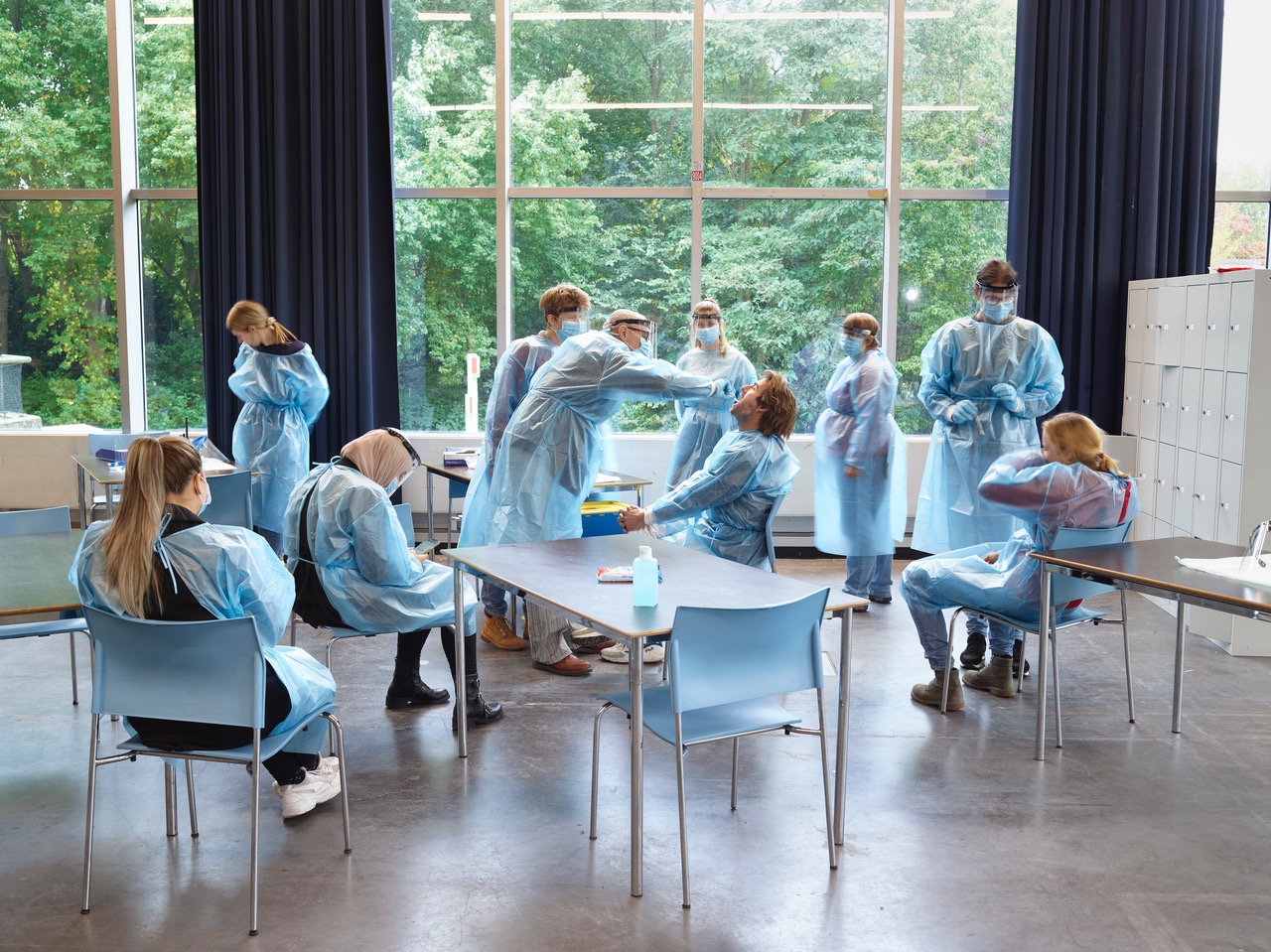 After a break during the pandemic, the Willem Poelstra Lecture is back!

The annual lecture this year it will be given by Henk Wildschut on his photo series Afstand (Distance).  The exhibition opened last week at the Rijksmuseum in Amsterdam.

Go to ‘Afstand’ at the Rijksmuseum, Amsterdam, January 2022

We are proud to announce that this year’s annual The Willem Poelstra Lecture will be held by Simon Norfolk. The lecture is being organised as part of the Breda Photo 2020 programme.

Norfolk (1963, born in Lagos, Nigeria, living in Hove and Kabul) is a landscape photographer whose work over twenty years has been themed around a probing and stretching of the meaning of the word ‘battlefield’ in all its forms. As such, he has photographed in some of the world’s worst war-zones and refugee crises, but is equally at home photographing supercomputers used to design military systems or the test-launching of nuclear missiles. Time’s layeredness in the landscape is an ongoing fascination of his.

Norfolk’s work has been widely recognised: in 2013 he won the Prix Pictet Commission and he has won multiple World Press Photo and Sony World Photography awards. He has produced four monographs of his work including ‘Afghanistan: Chronotopia’ (2002) which was published in five languages. In 2011 his ‘Burke + Norfolk’ work was one of the first ever photography solo shows at Tate Modern.

The lecture was Postponed due to covid

Forhanna is honoured to have Ivor Prickett as our inaugural at ‘The Willem Poelstra Lecture’. Prickett photographed the battle to defeat ISIS and told about the amazing story of Mosul’s
battle grounds, people trapped behind ISIS’s territory, people  mourning, fighting and fleeing.

Working exclusively for the  New York Times, embedded with Iraqi and Syrian Kurdish forces,
he has been photographing in depth and for longer periods.  Returning to this city in ruins frequently. He motivates his work  as a war photographer close at combat with his commitment  to civilians: ‘That is where it is most critical for people, right  on the front line.’ Beautiful hosted and held at the World
Press Photo headquarters at Westergasfabriek Amsterdam.

Ivor Prickett was awarded the first prize in the General News Stories category of the 2018 World Press Photo and was a finalist in the category Breaking News Photography of the Pulitzer Prize.