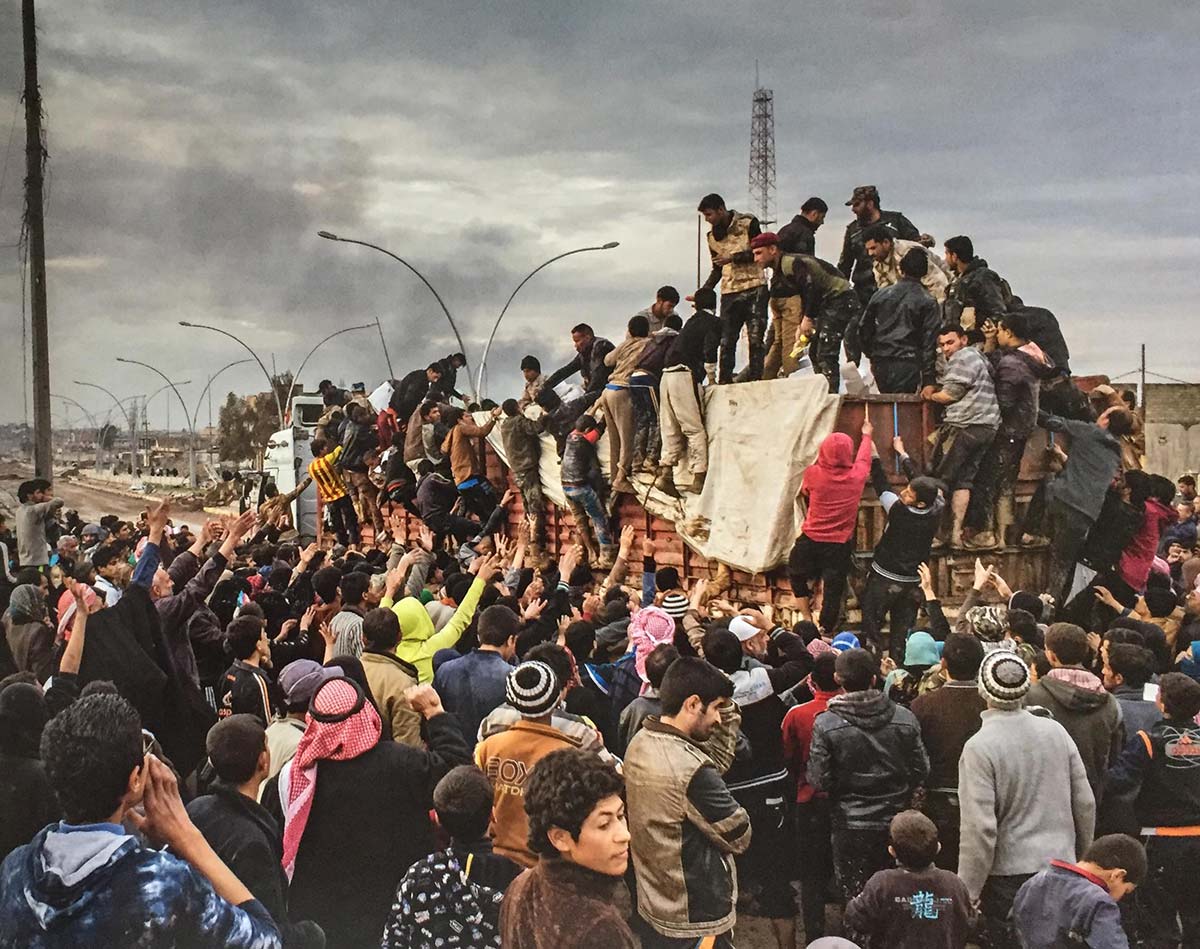 Ivor Prickett
End of the Caliphate

Forhanna is honoured to have Ivor Prickett as our inaugural at 'The Willem Poelstra Lecture'. Prickett photographed the battle to defeat ISIS and told about the amazing story of Mosul's
battle grounds, people trapped behind ISIS's territory, people  mourning, fighting and fleeing. Working exclusively for the  New York Times, embedded with Iraqi and Syrian Kurdish forces,
he has been photographing in depth and for longer periods.  Returning to this city in ruins frequently. He motivates his work  as a war photographer close at combat with his commitment  to civilians: 'That is where it is most critical for people, right  on the front line.’ Beautiful hosted and held at the World
Press Photo headquarters at Westergasfabriek Amsterdam.

Ivor Prickett was awarded the first prize in the General News Stories category of the 2018 World Press Photo and was a finalist in the category Breaking News Photography of the Pulitzer Prize.