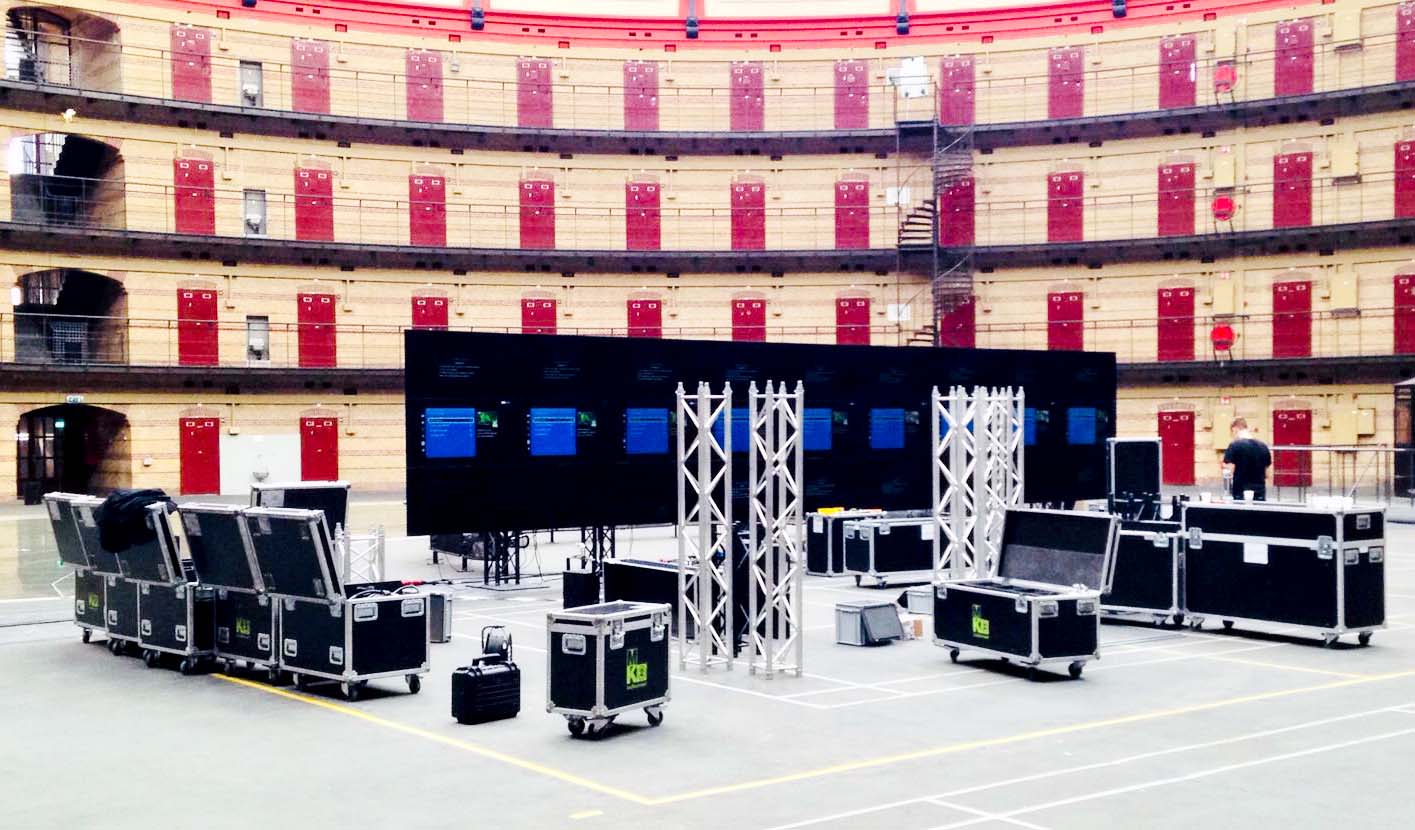 Installation of The Believers has started

Geert van Kesteren has started building the installation of The Believers at the former dome prison in Breda, The Netherlands. The installation was commissioned by the BredaPhoto international photo festival and produced by Forhanna. It’s one of the festival’s headlines.

Using projections on a twelve meter-wall, built out of 27 video screens, renown documentary photographer Geert van Kesteren reflects on how humankind always seeks to put its faith in a higher power. He observed religious practises in the Holy Land – by the three monotheistic religions, as well as by believers of so-called ‘dataism’.

Van Kesteren worked for years to collect the material for this exhibition, which was produced by Forhanna, in close cooperation with BreadPhoto. Israeli sound artist Eli Shargo composed a soundscape especially for the exhibition.

BredaPhoto will be held from 5 September to 21 October on various locations in Breda. In the build-up to and during the festival, Van Kesteren will talk about his project during several events in Breda and Amsterdam. Have a look at the events below, or stay up to date via Facebook.

Opening of the exhibition and book launch

Book signing at the BredaPhoto bookshop